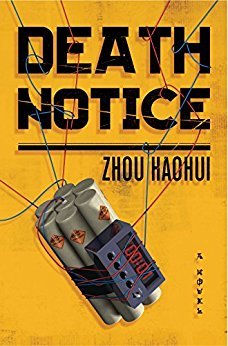 “This procedural, the first novel in China’s most popular suspense trilogy, boasts the rich cultural immersion, the bird’s-eye view of procedural technique in an international police force, and the complex mysteries that have long driven the popularity of Scandinavian crime fiction.”
—Booklist, starred review

“A perfect cat-and-mouse thriller where Eumenides, a vigilante, is toying with the police as he exacts revenge on those he feels need punishing. The stakes are always high involving at least one person’s life as the police race to stop Eumenides’s vengeance, but he’s always a few steps ahead…The perfect balance of mystery, thriller, tension, and twists.”
—BookRiot, “The Best 2018 Beach Reads”

An elite police squad hunts a manipulative mastermind out to publically execute criminals the law cannot reach. A wild thriller and deadly game of cat-and-mouse from one of China’s most popular authors. For fans of Jo Nesbo, Se7en, and Hong Kong police cinema.

The brutal murder of respected police officer Sergeant Zheng Haoming sends shock waves through Chengdu, a modern metropolis in the heart of China’s stunning Sichuan province. He had been obsessed by an unsolved, eighteen-year-old murder case until an entity calling itself Eumenides (after the Greek goddess of vengeance and retribution) releases a terrifying manifesto. Is the manifesto a sick joke, or something more sinister? Soon, the public starts nominating worthy targets for Eumenides to kill, and, two days later, Sergeant Zheng is dead.

Eumenides’ cunning game is only getting started. The police receive a “death notice,” a chilling note announcing the killer’s next target, the crimes they have committed, and the date of their execution. The note is both a challenge and a taunt to the police. When the first victim dies in public, under their complete protection, the police are left stunned. More death notices are coming. The chase is on.

Death Notice is an explosive, page-turning thriller filtered through a vibrant cultural lens. Zhou Haohui expertly adds an exhilarating new perspective to the twists and tropes of the genre all fans love, making for a uniquely propulsive and entertaining read. 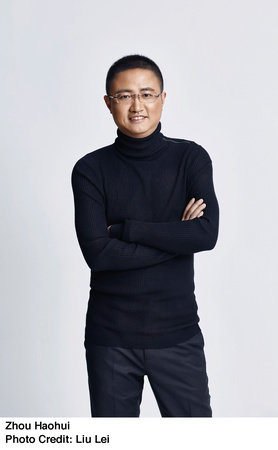 ZHOU HAOHUI is regarded as one of the top three suspense authors in China today. The Death Notice trilogy is China’s bestselling work of suspense fiction to date. The online series based on these novels has received more than 2.4 billion views and achieved almost legendary status among Chinese online dramas. He lives in Yangzhou, in China’s Jiangsu province.